Our Last Week in Utah 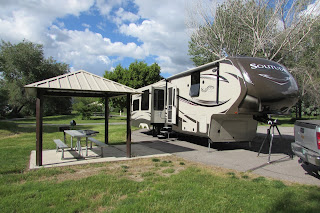 On Wednesday mid morning we left our Starvation Lake State Park and our momentary slice of heaven. By early afternoon we were pulling into Willard Bay State Park in Ogden UT just north of Salt Lake City. After setting up a quick run to Costco and Walmart where we restocked our fridge and pantry. We are in the area to "ride" out the Memorial Day weekend and to see friends. 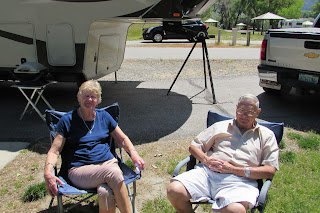 Thursday mid morning our friends Dick and Pat stopped by, we have all spent the last three summers together at Maplewoods Campground in Johnson VT. Over the summers we have become good friends and when we found out they were coming west this summer we knew we'd meet up with them. Their kids live in the area so they are staying at the Fancamp at Hill Air Force Base. A couple of hours talking, catching up and planning what we were going to do over the next week.

Friday Dick and Pat picked us up early as we had plans for a large auto tour, they wanted to show us a bit of the Flaming Gorge and the area around it where they had lived many years ago.We ended up doing about 300 miles in 10 hours, which includes a stop for lunch and of course stops for Dave to take pictures. We went from warm sunshine to a cloudy rainy snow mixture then back to sunshine. By the time we got home the park was full with holiday weekend rv'ers.

Think we need to spend some time here one day. There is a campground with water and electric nearby, Lucerne Campground in Manilla UT looks like a great place to base out of for the southern area. 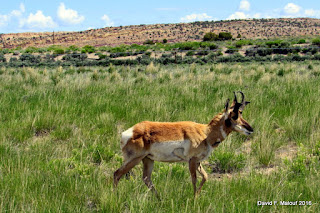 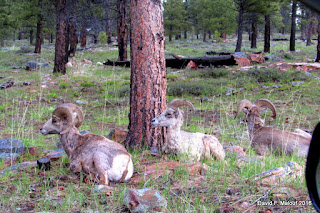 Saturday we found a great laundry in Brigham City, a little pricey but clean, while the clothes were doing there thing we got our power walking in for the day. After taking care of the laundry chore we headed over to Bear River Migratory Bird Refuge, managed by the U.S. Fish and Wildlife Service,  which is a just outside of Brigham City. They have a nice Wildlife Education Center with a short path around a pond but the major part of the refuge is 12 miles down the road. The loop through the refuge is one way, we spent a few hours on the auto tour with Dave taking hundreds of pictures. Because of the biting insects I never got out of the truck and Dave did just briefly to take pictures. 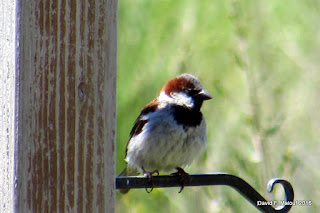 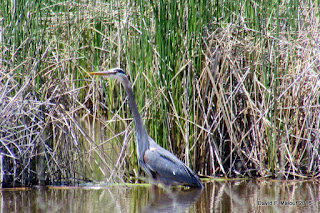 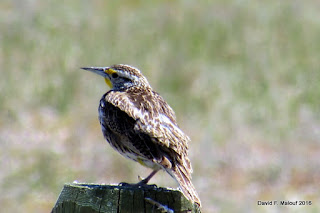 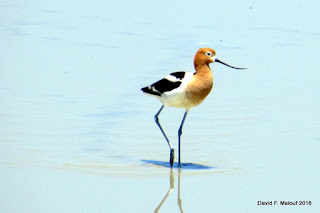 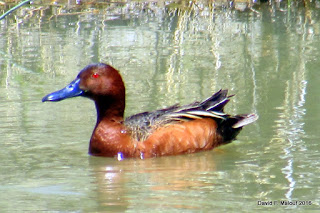 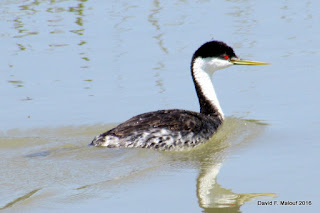 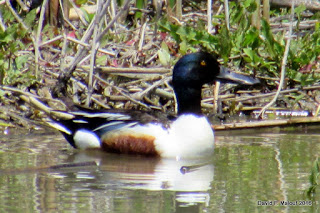 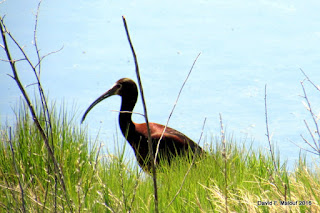 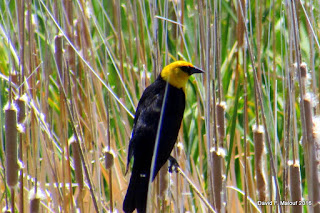 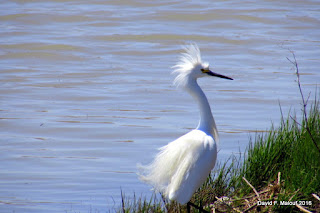 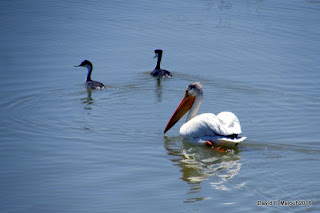 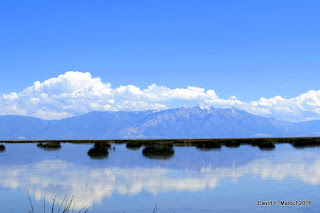 A Sunday morning power walk through the campground was followed by a drive to Hill AFB to have lunch with our friends and to see their new motorhome. Dick and Pat had filled their residential freezer with some Nettles sausage before leaving Georgia.When we visited them in GA a few years ago they introduced us to Nettles, we stocked up then and any chance we get we enjoy some of their products we do.

Monday we were invited to Dick and Pat's son Richard's home, I think he wanted to meet the young folks who would stop and see his parents. Since we had once again done our power walking we were able to enjoy an afternoon barbecue with out feeling guilty.

Since we are not hiking we've been doing power walks in the park and Tuesday was no exception, at Willard Bay SP we can get in 4.5 miles easily. On Tuesday the park was practically empty again, while it's fun to see all the families enjoying themselves it's sure nice to not have the crowded roads as we walk. After lunch we met Dick and Pat at Hill Areospace Museum which is just outside the gates of Hill AFB. Our friend Dick was in the Air Force and served in Vietnam, we've heard lots of tales from him over the years and at Hill AFB they have one of the planes he served on. It's always interesting to visit a place like this with someone who has first hand experience. 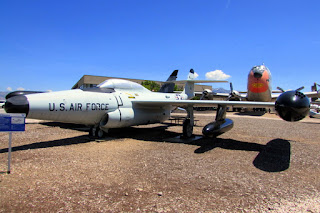 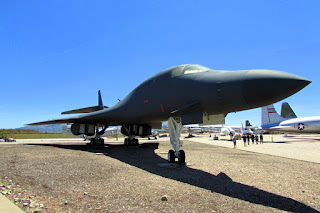 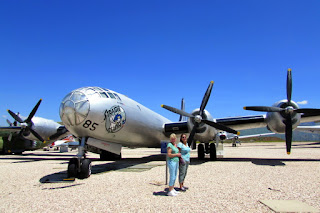 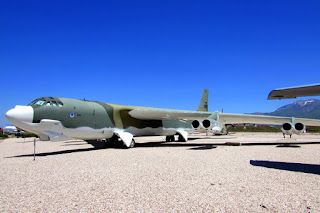 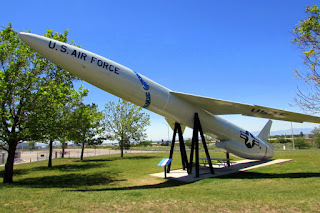 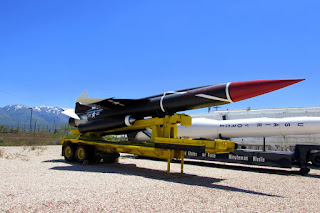 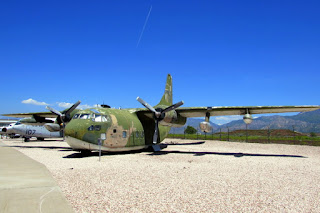 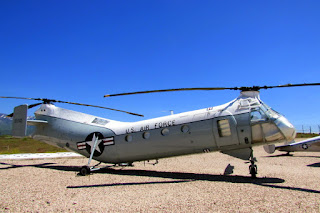 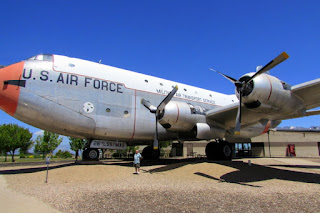 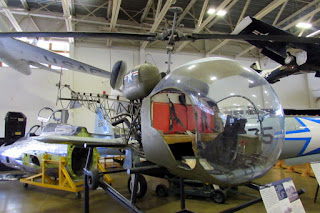 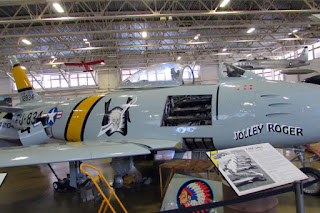 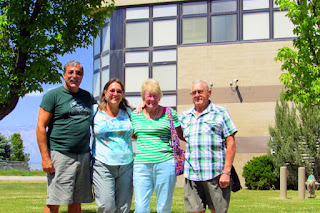 It was with tears and well wishes we said goodbye to our friends, it will be a few years before we see them again.

Our thoughts after spending a week at Willard Bay SP, it's a nice park with full hookups and if you have a boat you can easily get out on the water here. The area is marshy so depending on how wet it is will play into how many mosquitoes are looking for people to bite, they have a sign that they spray weekly. The park is right off of I-15 so when you're outside there's a constant sound of traffic, there is a construction zone in this area so lots of rumble strip noise. Would we come back, if we needed to be in the area we might.