Wow it's been a month since I last posted, there has been a lot of nothing going on still. While Dave has been busy working as much overtime as he can I've been keeping myself occupied with a very relaxed life. Most days I've been staying around home, if I work it is for 5 hours or less a day, so far this season I've put in about 165 hours, I expect to put that many more in again before we leave. Looks like it'll average out to a little less than 20 hours a week for the site.

The campground has been busy since the end of June, the holiday weekend went off with out a hitch. Lots of young shoppers, gallons of ice cream scooped, ice and firewood flying off the porch all kept the store was kept hopping. Last weekend was another full weekend with a local baseball tournament going on, lots of tent campers some came prepared with 700 Jello shots. Our fears of trashed bath houses and torn up sites were unfounded, by 11am Sunday all the weekenders were gone. The past 4-5 days we have had the Hudson Valley Allegro group here before heading the FMCA rally in Essex Jct VT. 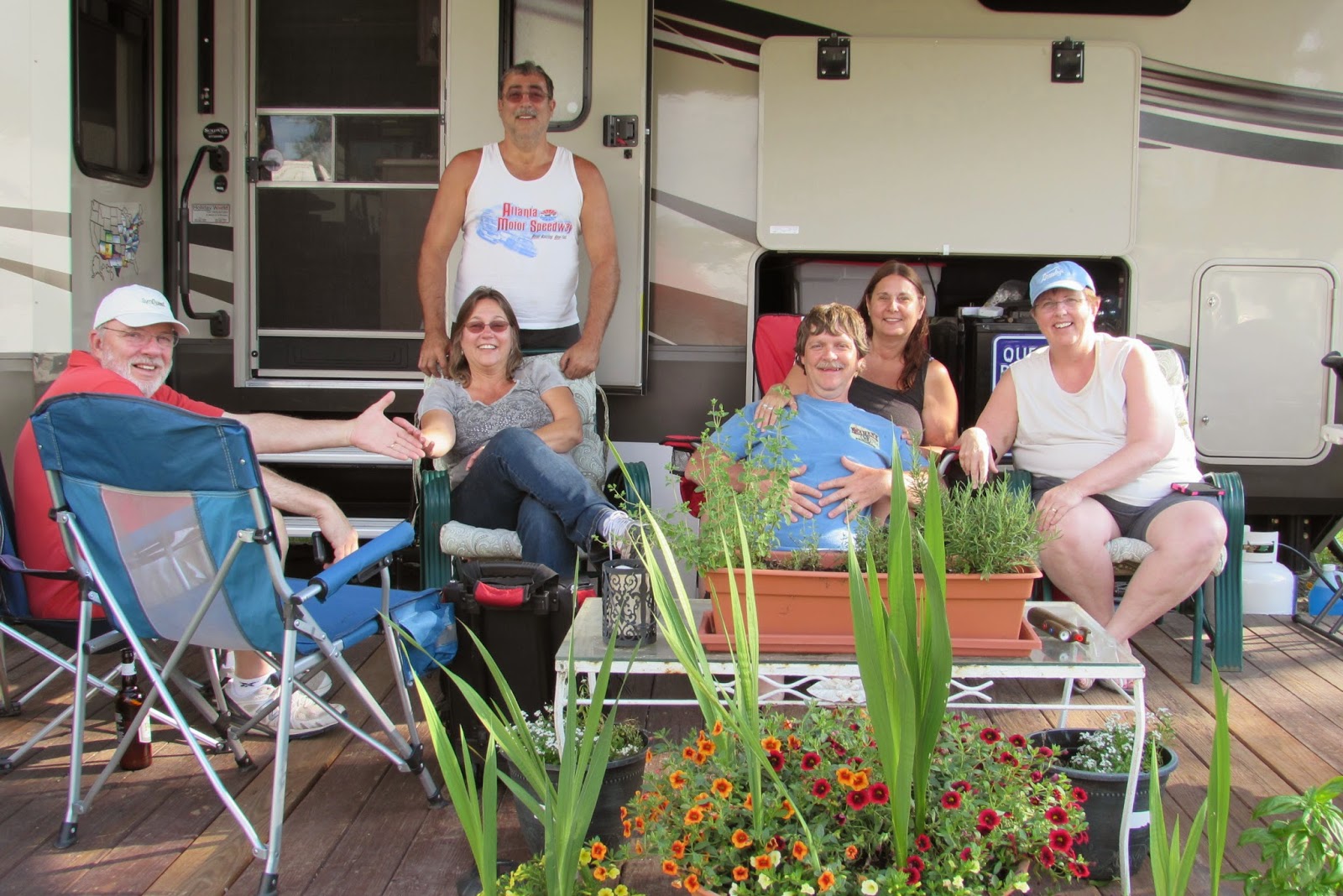 I worked on the 3rd & 4th of 4th of July but over the weekend we had company. Saturday we had friends out, Les & Deb provided most of the fixings for a shrimp boil, thanks guys. 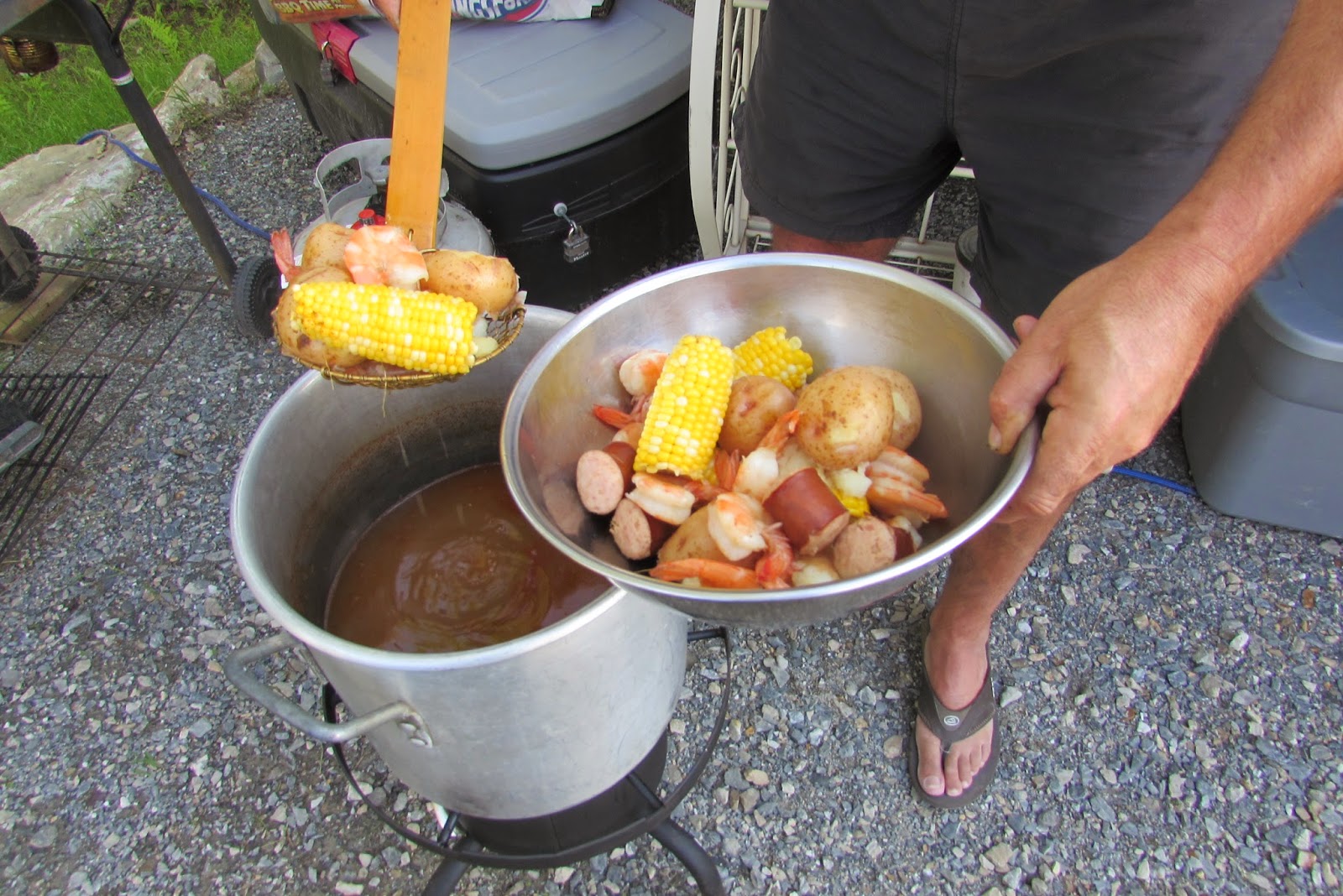 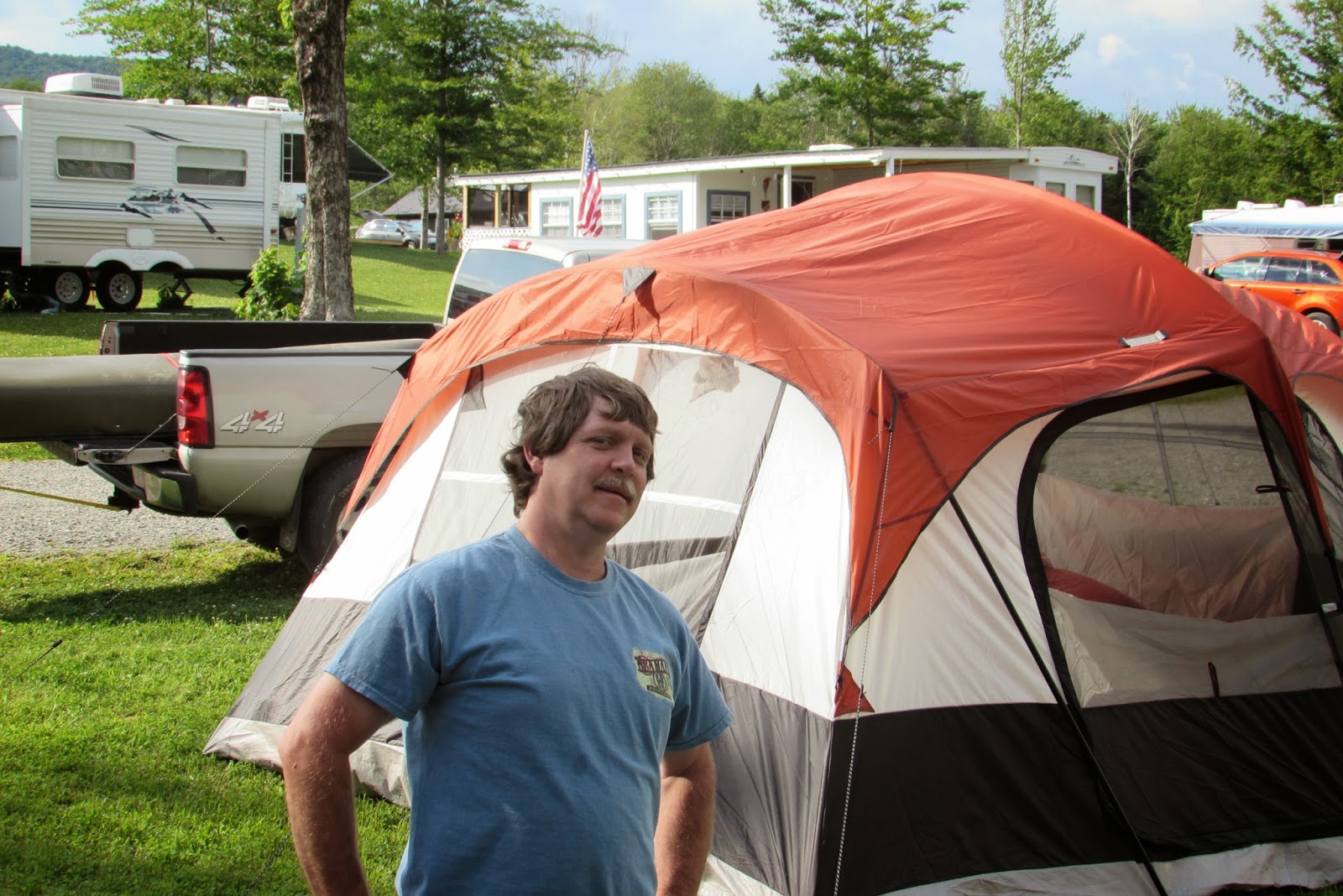 We even had overnight guests, friends Mike & Carol pitched their tent in our yard and stayed a few nights.This worked out great since the next morning we headed out for a canoe trip on the Lamoille River. Unfortunately I forgot to put the card back in the camera so had to use the Iphone instead, most of the pics didn't turn out well :( 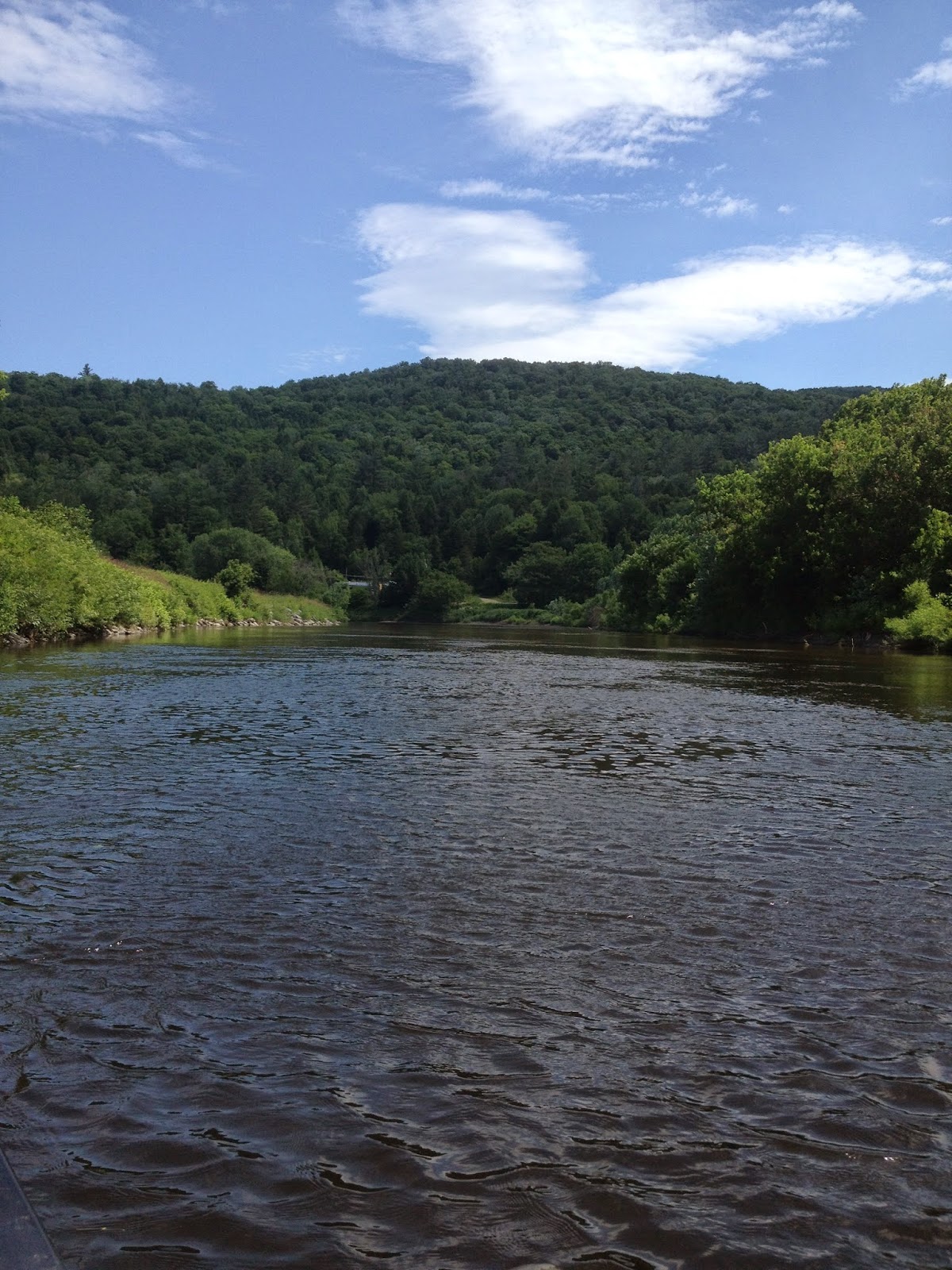 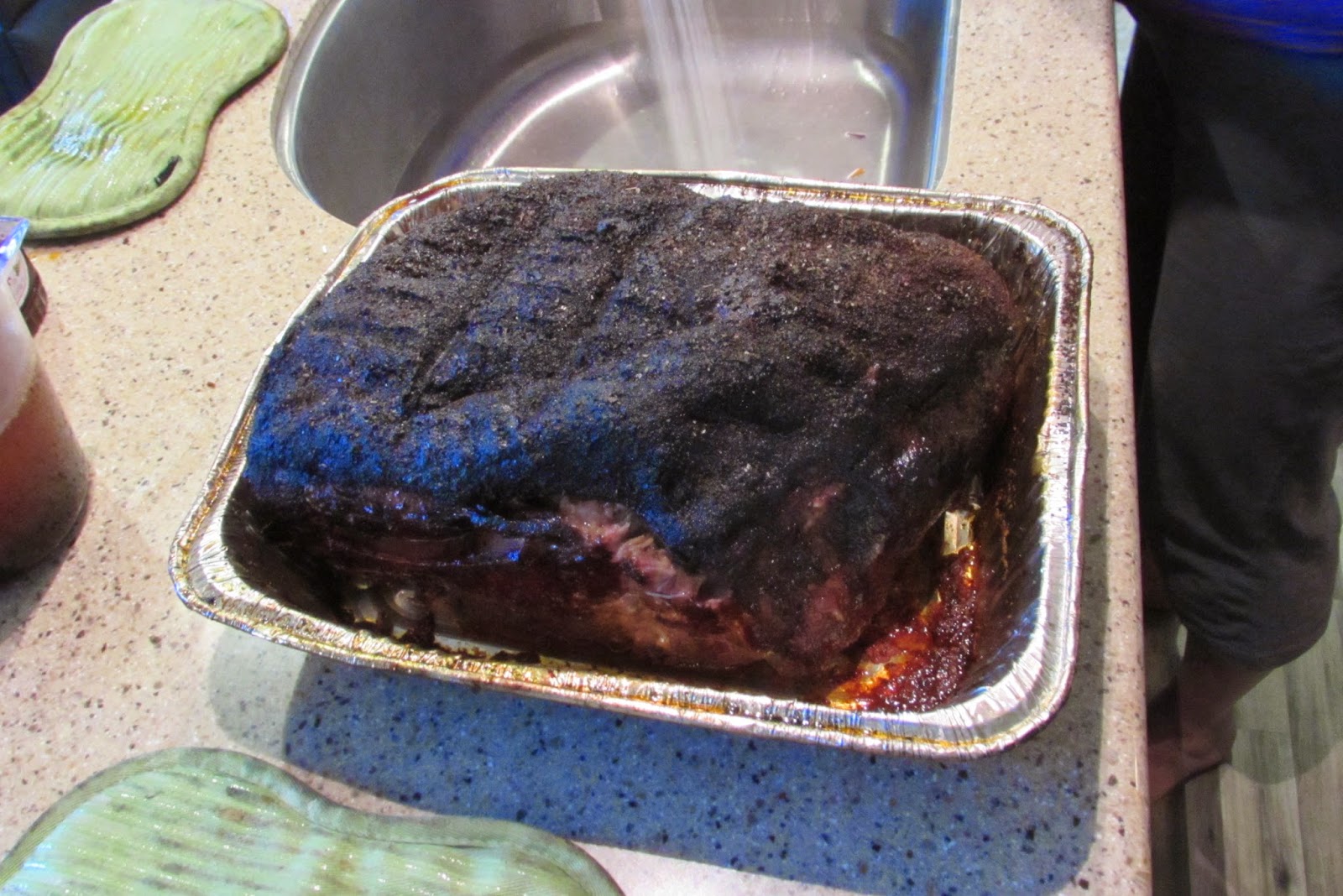 And then we came home and had pulled pork for dinner.

Dave's foot continues to improve slowly, the addition of the lift to his other shoe has made walking in the cast much easier on his back. At work he keeps the cast on but while home he is going with out it more and more.
My father has been released from the nursing home and is back resting at home, he reads the blog so I'm sure he'd second me saying again,  thank you all for your concern and support over the past few months.

So aside a lunch date with my girlfriends, some reading of thousands of pages in numerous books over the past few weeks, the usual running around that life requires and working a few hours ere and there not much else is going on. We are making notes of some of the places folks are traveling this summer, a file we hope to take out and use in a few years.